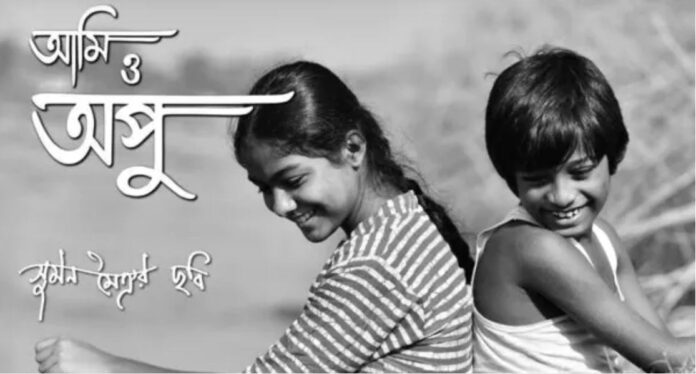 Aami O Apu 2022 Movie: Aami O Apu an Indian upcoming Bengali language drama comedy film directed by Suman Maitra. The film is scheduled to be released on 11 March 2022 The film will be premiere on Theatres. The film starring Ananda S. Choudhuri and Prakriti Pujari in Bengali Cinema in the lead cast in this movie.

Set in rural Bengal`s village Nischindipur, the story revolves around Apu and Durga that depicts love and togetherness. The family`s hardship highlights the closeness of the brother-sister in the form of sharing secrets and giving each other the mutual support emphasising on the moral values in an aesthetical countryside, as life in a poor Bengali village does ramble.

we remember you according to Indian law, piracy is a crime and we never support this. This page aims to inform the general public about piracy and encourage them to be safe from such acts. We further request you not to encourage or engage in piracy in any form. We are repeatedly explaining to you that downloading movies and live streaming from piracy websites can create problems for you. That is why we always strongly advise you to stay away from piracy websites. Legal websites like Netflix and Amazon Prime Video are the only solutions to always watch movies.