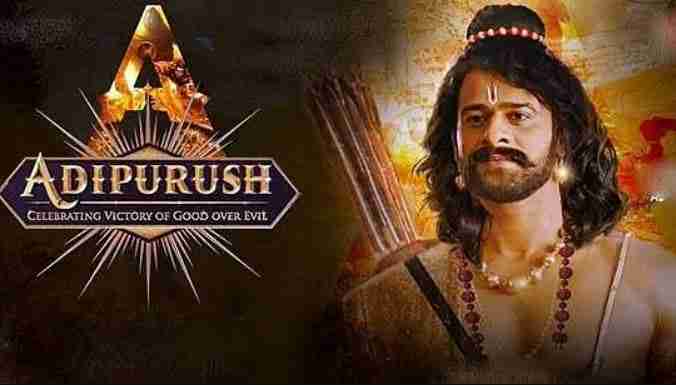 Adipurush 2023 Movie –Adipurush is an upcoming Indian epic mythological film based on Ramayana. The film is written and directed by Om Raut with production costs by T-Series Films and Retrophiles. It stars Prabhas, Kriti Sanon, Saif Ali Khan, Sunny Singh and Devdatta Nage.

Shot simultaneously in Hindi and Telugu languages, Adipurush has been budgeted at over ₹400 crore (US$50 million), making it one of the most expensive Indian films ever made. The film is expected for a theatrical release in Summer 2023.

Adipurush was scheduled to theatrically release on 12 January 2023 in Hindi and Telugu, along with dubbed versions in Tamil, Malayalam, Kannada. It was previously scheduled to release on 11 August 2022, but was later postponed due to the release of Laal Singh Chaddha. The film was postponed again to avoid a clash with Veera Simha Reddy, Waltair Veerayya, Varisu, Thunivu and Agent and for also reworking the VFX due to worldwide backlash.

In September 2020, the makers revealed that Prabhas is enacting Lord Rama’s portrayal whose character name was later revealed as Raghava. Saif Ali Khan who already worked as an antagonist in Raut’s Tanhaji has been signed for the role of Ravana with the name Lankesh. After rumours of Anushka Shetty, Anushka Sharma, Kiara Advani, and Keerthy Suresh being approached for the role of Sita, it was reported in November 2020 that Kriti Sanon has been cast to essay the role; her inclusion into the film was confirmed by makers four months later in March 2021. Sunny Singh who joined the sets in February 2021 is playing Lord Rama’s younger brother Lakshmana.

In Hinduism, Lord Ram is also addressed as Adi Purusha.Prabhas will be seen playing the role of Lord Rama and Saif Ali Khan will play the role of Lankesh, the demon King Ravan, in the film.

Who is the Lead Star Cast of Adipurush 2023?

Who is the Actors of Adipurush?

Prabhas is lead Actor in the film.

Who is the Actress of Adipurush?

Kriti Sanon is lead actress in the film.

What is the Release Date of Adipurush?

Who is the director of Adipurush?

The film is directed by Om Raut.

What is the budget of Adipurush movie?

The film is made overall budget Approx ₹400 crore.

What is the box office collection of Adipurush?

The film box office collection is not found!.

Thanks for Visiting Filmibug.com. Follow us for more updates.

If you people are more interested in watching Movies, then stay with Filmibug.com to watch Bollywood And Hollywood and other types of movies that people can enjoy the upcoming new Movies. We will inform about the new Movie and as soon as possible.