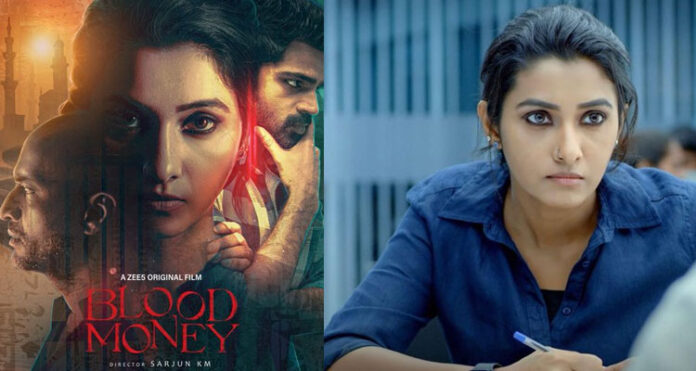 Blood Money is an upcoming Indian Dual Audio action thriller film, which will released in 2021.

Blood Money Movie 2021 Release Date:
This most-awaited suspense drama series is scheduled to be released on December 24, 2021. The web series will have a digital release on India’s own digital platform, Zee5.

2 brothers from India working in Kuwait are sentenced to death penalty for killing an srilankan women. Day before there hanging the news breakout in an Indian news channel by a lady reporter. Then the plot evolves around the reporter, accused family and the family of the srilankan women got killed in Kuwait. The reporter tries to save the brothers by stopping the punishment.