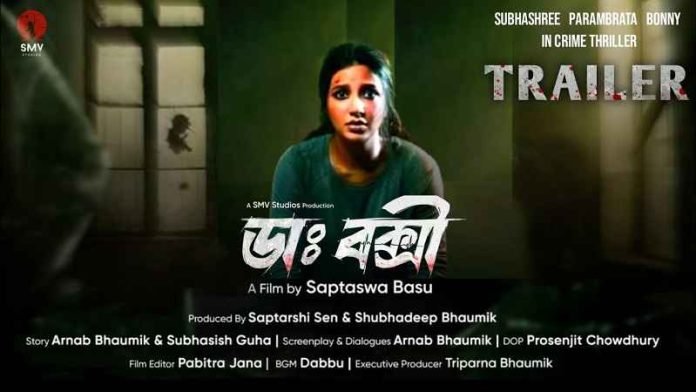 Doctor Bakshi is an upcoming Indian Bengali-language crime film. The movie release date is 4 November 2022. directed by Saptaswa Basu. The film starring Parambrata Chattopadhyay, Subhasree Ganguly, Bonny Sengupta in Bengali movie in prominent roles. The film is being made under the banner of SMV Studios.

When a novelist gets trapped in a murder mystery, Doctor Bakshi uses his medical methods to uncover hidden secrets from the past.

Q. Who are the actors in ‘Doctor Bakshi’?

Q. Who is the director of ‘Doctor Bakshi’?

Q. What is Genre of ‘Doctor Bakshi’?

Q. In Which Languages is ‘Doctor Bakshi’ releasing?