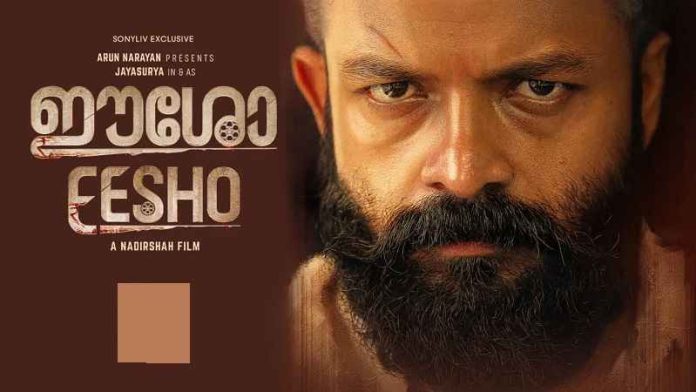 Eesho 2022 Movie -Eesho is an Indian Malayalam-language thriller film directed by Nadirshah featuring Jayasurya and Namitha Pramod in the lead roles. The film written by Suneesh Varanad is produced by Arun Narayan. Roby Varghese is the cinematographer while Nadirshah composes the songs and the original background score is composed and produced by Rahul Raj. The film released on 5 October 2022 through SonyLIV OTT platform.

Q. Who is the director of ‘Eesho’?

Q. In Which Languages is ‘Eesho’ releasing?

Filmibug.com does not aim to promote or condone piracy in any way. Piracy is an act of crime and is considered a serious offense under the Copyright Act of 1957. This page aims to inform the general public about piracy and encourage them to be safe from such acts. We further request you not to encourage or engage in piracy in any form. We are repeatedly explaining to you that downloading movies and live streaming from piracy websites can create problems for you. That is why we always strongly advise you to stay away from piracy websites. Legal websites like Netflix and Amazon Prime Video are the only solutions to always watch movies.