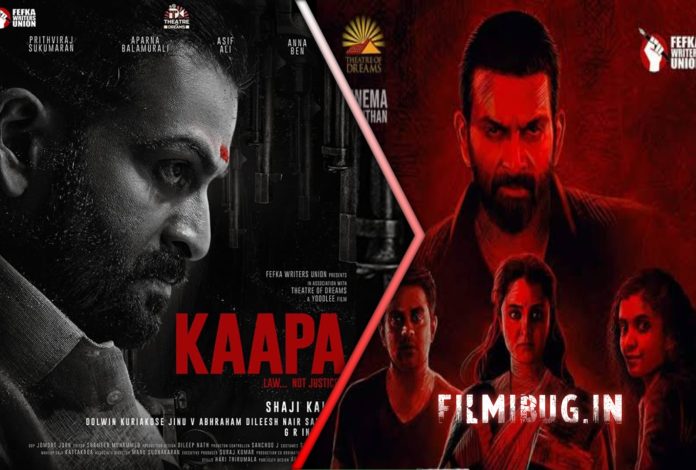 Kaappa Movie: Kaappa is an upcoming American action thriller film. The movie release date is 2022. Directed by Shaji Kailas. The film starring Indrans, Prithviraj Sukumaran, Aparna Balamurali in Malayalam movie in prominent roles. The film is being made under the banner of Theatre of Dreams, Yoodlee Films.

The film explores the dark underbelly of Thiruvananthapuram where rival goondas clash in cold-blooded gang wars to gain dominion over the city’s suburbs and slums.

Q. Who are the actors in ‘Kaappa’?

Q. Who is the director of ‘Kaappa’?

Q. In Which Languages is ‘Kaappa’ releasing?