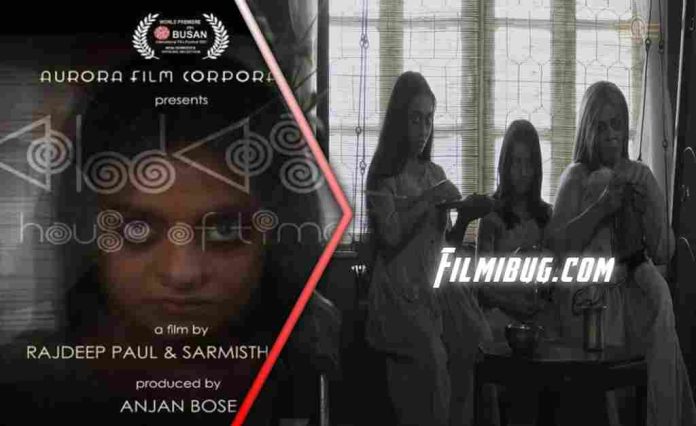 Kalkokkho Movie: Kalkokkho is an Upcoming Bengali mystery horror film. The movie release date is 19 August 2022. Directed by Sarmistha Maiti, Rajdeep Paul. The film starring Stars Tannistha Biswas, Janardan Ghosh, Ahana Karmakar in Bengali movie in prominent roles. The film is being made under the banner of Aurora Film Corporation.

At 6 am on June 21, a doctor in the frontlines of the COVID-19 pandemic meets a woman clad in a protective suit during his morning jog. After ignoring the woman’s pleas to see a patient at her house, he receives a blow to the head and collapses. Upon waking up, he finds himself trapped in the house of three women who call each other “mamoni.” The house is a swamp of time and space where the same people repeat the same actions and words every day at the same time. When the doctor, who only looks for an opportunity to escape, eventually becomes accustomed to the death-like life, a crack in time begins to appear. Co-directed by Rajdeep Paul and Sarmistha Maiti, House of Time is a suspenseful allegory about the pandemic times, with deepened misunderstanding and hatred among people. It was produced by Aurora Films, which has been producing and distributing Indian films since 1906.

Q. Who are the actors in ‘Kalkokkho’?

Q. Who is the director of ‘Kalkokkho’?

Q. What is Genre of ‘Kalkokkho’?

Q. In Which Languages is ‘Kalkokkho’ releasing?