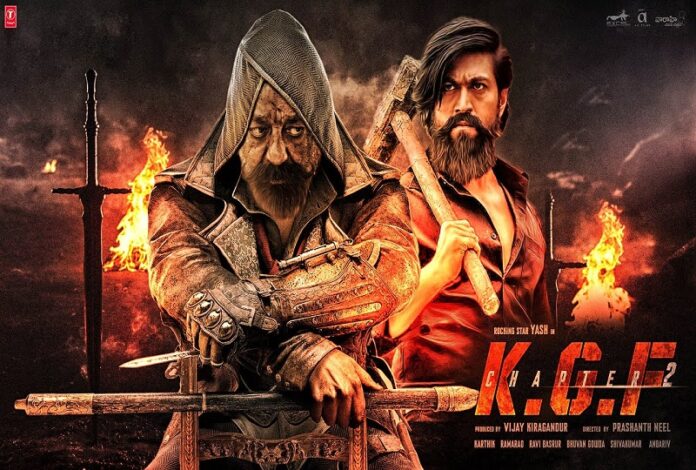 KGF Chapter 2 is an upcoming Indian Kannada-language period drama action film. The movie release date is April 14, 2022. directed by Prashanth Neel. The film starring Yash, Sanjay Dutt, Raveena Tandon in Hindi Cinema in prominent roles. This film released in Kannada along with the dubbed versions of Telugu, Hindi, Tamil and Malayalam languages. It is the most expensive Kannada film with a budget of ₹100 crore.

The blood-soaked land of Kolar Gold Fields (KGF) Has a new overlord now. Rocky, whose name strikes fear in the heart of his foes. His allies look up to Rocky as their Savior, the government sees him as a threat to law and order; enemies are clamoring for revenge and conspiring for his downfall. Bloodier battles and darker days await as Rocky continues on his quest for unchallenged supremacy.