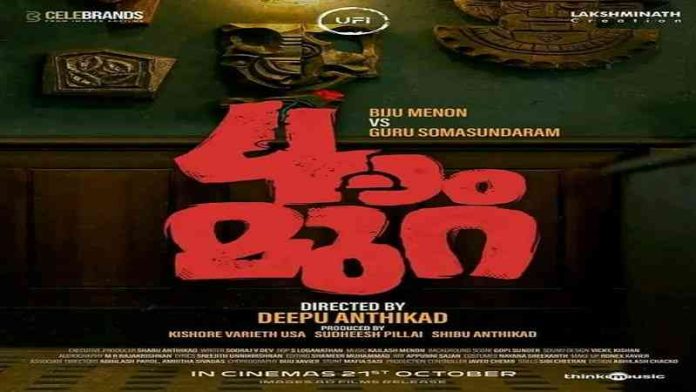 Naalam Mura is an upcoming Indian 2022 Malayalam-language drama thriller film. The movie release date is 16 September 2022. Directed by Deepu Anthikkad. The film starring Biju Menon, Guru Somasundaram in Malayalam movie in prominent roles. The film is being made under the banner of Celebrands, Lakshminath Creations.

Q. Who are the actors in ‘Naalam Mura’?

Q. Who is the director of ‘Naalam Mura’?

Q. What is Genre of ‘Naalam Mura’?

Q. In Which Languages is ‘Naalam Mura’ releasing?