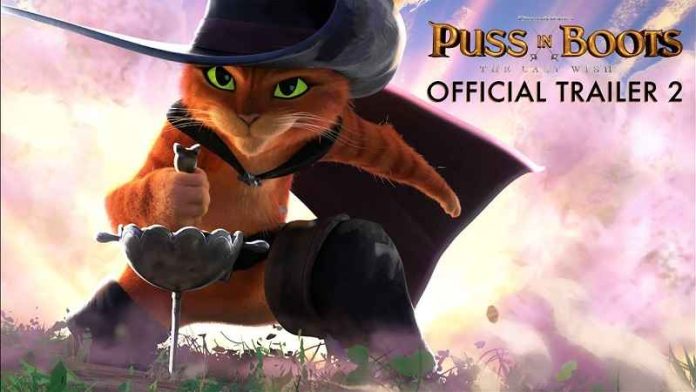 Puss in Boots The Last Wish is an upcoming American computer-animated adventure comedy film. The movie release date is 21 December 2022. directed by Joel Crawford. The film starring Antonio Banderas, Salma Hayek and Harvey Guillén in English movie in prominent roles. The film is being made under the banner of DreamWorks Animation Studios in collaboration with Universal Pictures. It is based on Characters from Shrek by DreamWorks Animation Puss in Boots by Giovanni Francesco Straparola

Puss in Boots discovers that his passion for adventure has taken its toll: he has burned through eight of his nine lives. Puss sets out on an epic journey to find the mythical Last Wish and restore his nine lives.

Q. Who are the actors in ‘Puss in Boots The Last Wish’?

Q. Who is the director of ‘Puss in Boots The Last Wish’?

Q. What is Genre of ‘Puss in Boots The Last Wish’?

Q. In Which Languages is ‘Puss in Boots The Last Wish’ releasing?