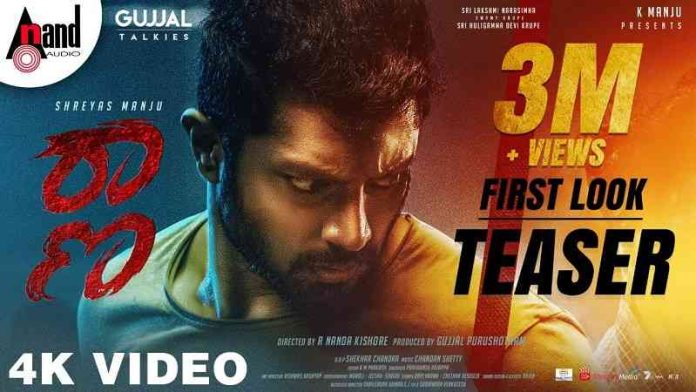 Raana is an upcoming Indian Kannada-language action film. The movie release date is 11 November 2022. directed by Nandakishore. The film starring Samyuktha Hegde, Shreyas Manju, Reeshma Nanaiah in Kannada movie in prominent roles. The film is being made under the banner of Gujjal Talkies.

Raana is a self-built man who is an aspiring police officer lives in a small town and enters to Bengaluru city to clear all his documentation formalities for his Police job . Though his friend has a own travel agency, for time being he works in that travel agency. Raana works hard to achieve something in life. He is all set to marry his lover Priya. The city is under the grip of dreaded loan shark brother’s Kapaali and Soori who would go to any extent to wield their clout in the city. Suddenly kapaali is killed in mysterious circumstances. The blame falls on Raana. Soori and his men want to bump off Raana. A perplexed Raana runs for cover. He sets out to find the real killer.

Q. Who is the director of ‘Raana’?

Q. In Which Languages is ‘Raana’ releasing?