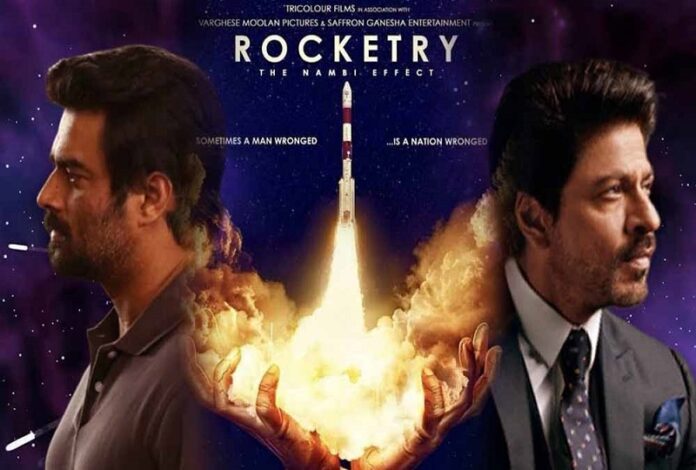 Rocketry: The Nambi Effect 2022 Movie: Rocketry: The Nambi Effect is an upcoming Indian biographical drama film based on the life of Nambi Narayanan, a former scientist and aerospace engineer of the Indian Space Research Organisation who was accused of espionage. Directed by Madhavan and produced by Sarita Madhavan, Madhavan, Varghese Moolan, Vijay Moolan. The film starring Madhavan, Simran in Hindi, Tamil, Telugu, English, Kannada, Malayalam Cinema in the lead cast in this movie. The film is shot simultaneously in Hindi, Tamil, and English and will also be released in the Telugu, Malayalam, and Kannada languages. It is scheduled for a worldwide theatrical release on 1 July 2022.

Based by the life of ISRO Scientist Nambi Narayanan who was falsely accused of being a spy and arrested in 1994. Though free, he is still fighting for justice, with those police officials alleged to have falsely implicated him, still free.

Rocketry: The Nambi Effect: we remember you according to Indian law, piracy is a crime and we never support this. This page aims to inform the general public about piracy and encourage them to be safe from such acts. We further request you not to encourage or engage in piracy in any form. We are repeatedly explaining to you that downloading movies and live streaming from piracy websites can create problems for you. That is why we always strongly advise you to stay away from piracy websites. Legal websites like Netflix and Amazon Prime Video are the only solutions to always watch movies.