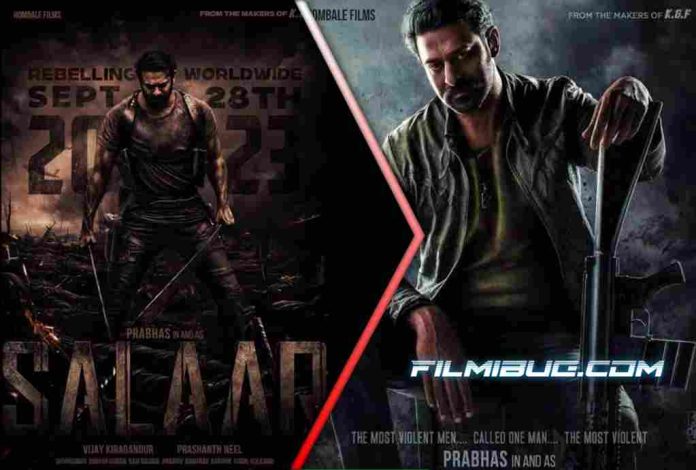 Salaar is an upcoming Indian Telugu-language action thriller film. The movie release date is 28 September 2023. Directed by Prashanth Neel. The film starring Prabhas, Prithviraj Sukumaran, Shruti Haasan, Jagapathi Babu in Telugu movie in prominent roles. The film is being made under the banner of Hombale Films in collaboration with KRG Studios, UV Creations. It is based on the epic A gang leader tries to keep a promise.

A gang leader tries to keep a promise made to his dying friend and takes on the other criminal gangs.

Q. Who are the actors in ‘Salaar’?

Q. Who is the director of ‘Salaar’?

Q. In Which Languages is ‘Salaar’ releasing?