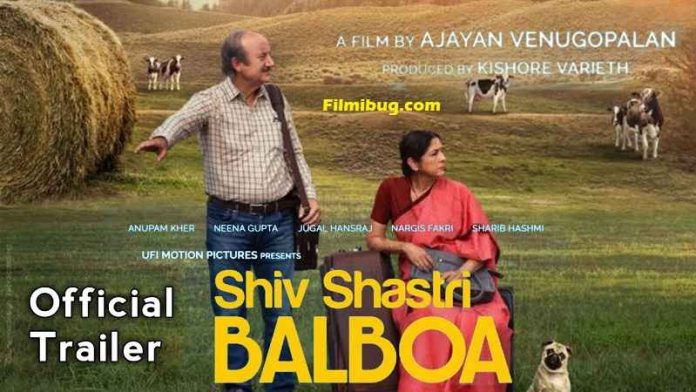 Shiv Shastri Balboa is a Hindi language comedy movie. The movie release date is 30 December 2022. Directed by Ajayan Venugopalan. The film starring Anupam Kher, Nargis Fakhri and Neena Gupta in Hindi movie in prominent roles. The film is being made under the banner of Mythri Movie Makers.

Shiv Shastri a retiree from India and a big Rocky movie fan moves to USA and ends up on an unexpected road trip through the American heartland which teaches that it’s never too old to reinvent yourself.

Q. Who are the actors in ‘Shiv Shastri Balboa’?

Q. Who is the director of ‘Shiv Shastri Balboa’?

Q. What is Genre of ‘Shiv Shastri Balboa’?

Q. In Which Languages is ‘Shiv Shastri Balboa’ releasing?