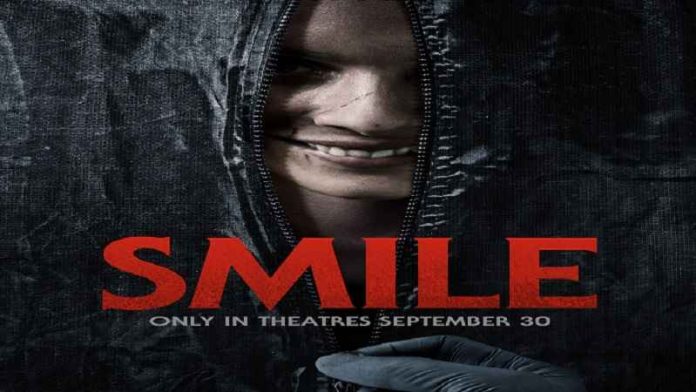 Smile is an upcoming American supernatural horror film. The movie release date is 23 September 2022. directed by Parker Finn. The film starring Sosie Bacon, Jessie T. Usher, Kyle Gallner, Caitlin Stasey, Kal Penn and Rob Morgan in English movie in prominent roles. The film is being made under the banner of Temple Hill Entertainment, Paramount Players in collaboration with Paramount Pictures. It is based on Laura Hasn’t Slept by Parker Finn.

After witnessing a bizarre, traumatic incident involving a patient, Dr. Rose Cotter starts experiencing frightening occurrences that she can’t explain. Rose must confront her troubling past in order to survive and escape her horrifying new reality.

Q. Who is the director of ‘Smile’?

Q. In Which Languages is ‘Smile’ releasing?