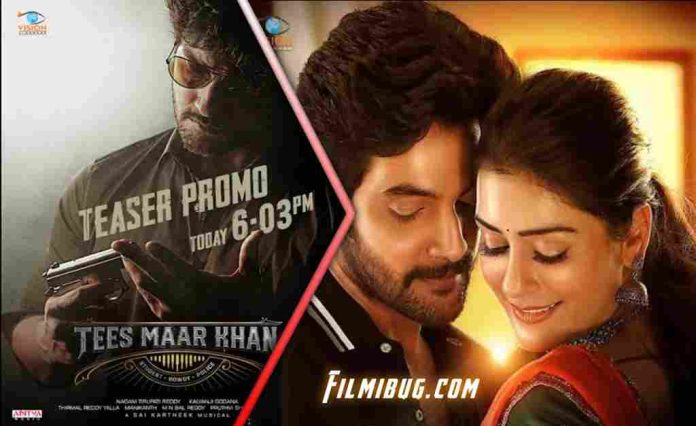 Tees Maar Khan Movie: Tees Maar Khan is a Indian Telugu – language action drama film. The movie release date is 19 August 2022. Directed by Kalyanji Gogana. The film starring Aadi Sai Kumar, Payal Rajput, Kabir Singh and Poorna in Telugu movie in prominent roles. The film is being made under the banner of The Filmy Zilla.

Q. Who are the actors in ‘Tees Maar Khan’?

Q. Who is the director of ‘Tees Maar Khan’?

Q. What is Genre of ‘Tees Maar Khan’?

Q. In Which Languages is ‘Tees Maar Khan’ releasing?