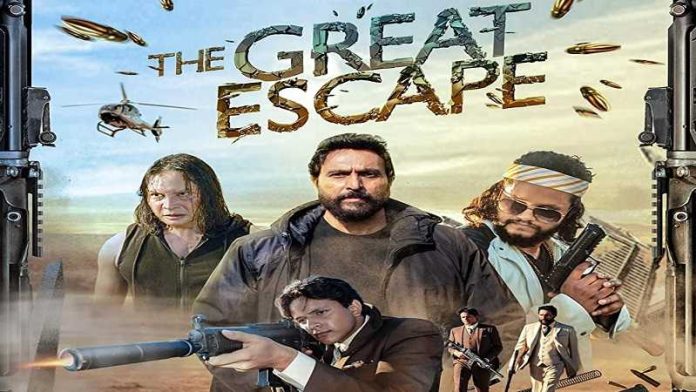 The Great Escape is a Malayalam language action drama film. The movie release date is 16 February 2023. Directed by Sandeep JL. The film starring Arthur Babu Antony and Babu Antony in Malayalam movie in prominent roles. The film is being made under the banner of South Indian US Films.

Q. Who are the actors in ‘The Great Escape’?

Q. Who is the director of ‘The Great Escape’?

Q. What is Genre of ‘The Great Escape’?

Q. In Which Languages is ‘The Great Escape’ releasing?