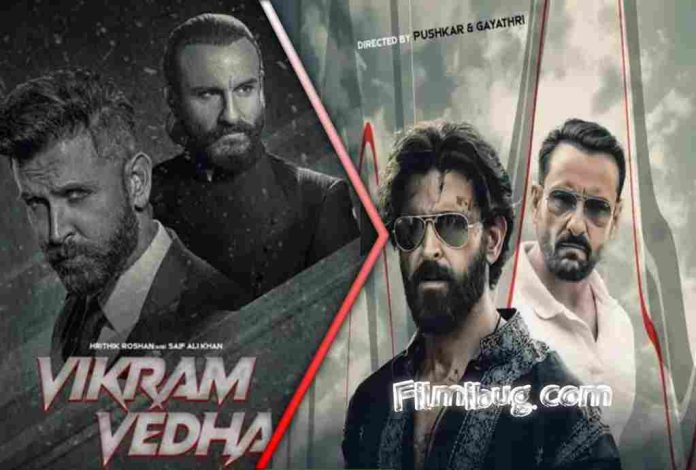 Vikram Vedha is an upcoming Indian Hindi-language neo-noir action thriller film. The movie release date is 30 September 2022. directed by Pushkar–Gayathri. The film starring Radhika Apte, Hrithik Roshan, Saif Ali Khan in Hindi movie in prominent roles. The film is being made under the banner of Y Not Studios, Friday Filmworks, T-Series in collaboration with Cape of T-Series. It is based on Vikram Vedha (Tamil) by Pushkar–Gayathri.

A tough police officer sets out to track down and kill an equally tough gangster.